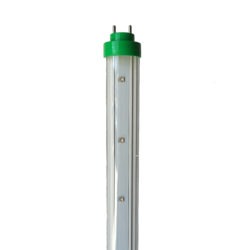 We knew it would happen eventually. And now it’s here.

SableLED™ is the first viable UV-LED that can replace all existing UV fluorescents.

SableLED™ is a self-contained UV-LED lamp shaped like a fluorescent lamp and designed to retrofit any existing fluorescent fixture (once the ballast has been bypassed).

With all these benefits, it’s hard to see why SableLED™ wouldn’t be the logical upgrade from existing fluorescents!

Where else can you get a high-quality professional-grade 365nm UV-LED fixture for that kind of money?

Upgrade to SableLED™ today and experience the difference!