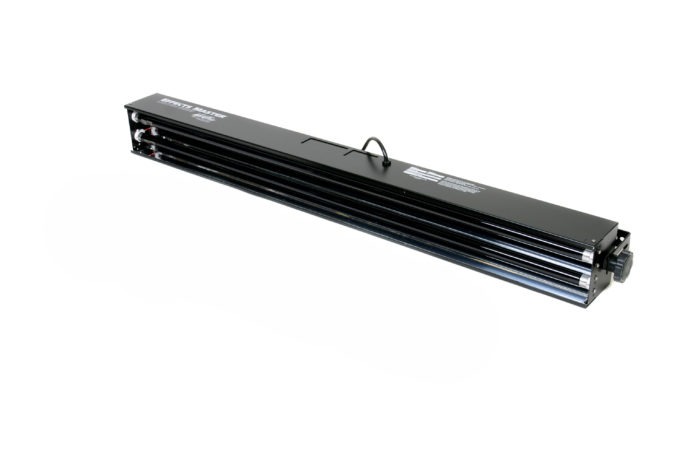 Usually, the beach is associated with bathing, boarding, and babes in bikinis.

But this May 26 and June 23, Dockweiler Beach is doing something new:

Black light on the beach.

(It’s lucky that Dockweiler Beach happens to be the only L.A. County Beach open at night!)

It’s called Nite-Write, and it’s part of a collaboration between the L.A. County Arts Commission & Department of Beaches & Harbor to create a public mural near the beach’s concession stand.

But instead of simply commissioning an artist to create the artist’s vision, this mural is part of a new approach designed to get community involvement by collecting stories, experiences, and sentiments to help inform the design of the mural. In this way, the mural truly becomes a reflection of the community rather than a singular artist’s vision.

Similar projects have met with great success in other parts of the country.

As part of the civic engagement festivities, there will be…

The artists tasked with actually creating the mural are the collaborative team David Russell and Roberto Del Hoyo, who operate the MobileMuralLab, a retro-fitted City Search and Rescue Van used in facilitating interactive mural programs, events, and workshops.

The side of the MobileMuralLab van will serve as the canvass for the work of Nevarez, who uses Wildfire paint in his live artwork.

“Wildfire opened so many doors of possibilities for me when I started using it,” commented Nevarez in an unsolicited testimonial (honestly!) “I always recommend Wildfire because they make the best paint ever!”

The public is invited to attend the festivities, which take place Saturday, May 26 and Saturday, June 23 from 6:00 pm to 10:00 pm. The final mural design will be unveiled and installed on Saturday, September 29. (For more information, click the image above.)