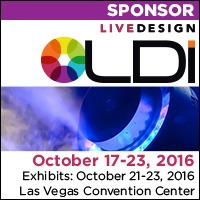 And now, just in time for LDI 2016, Wildfire is proud to reveal the new Effects Master™ LED Series, which represents a significant improvement over all previous Effects Master models in a number of ways…

And the best part? While they cost more up front than the older models, they are surprisingly affordable—and are actually less expensive when factoring in long-term energy and maintenance costs.

The win/wins just keep coming. Check out the Effects Master LED Series product page for all the details.

Be sure to visit us at booth #1667 at LDI for a hands-on demonstration and show specials!