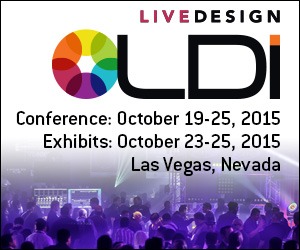 Visit us at booth #1669 for exclusive show specials and an up close look at the new UV LED VioStorm.

It’s that time of year again… when the entire lighting industry gets together to show off what we’ve been working on.

And this year’s LDI—happening Oct. 23-25 in Las Vegas—will see for the very first time, a Black Light LED fixture that can actually compete with a metal halide Long Throw. Up until now, Black Light LED fixtures left a lot to be desired in terms of output, control, versatility, and the power of the fluorescent effect.

But now those struggles are a part of the past with Wildfire’s new 120W UV LED VioStorm. In terms of output, control, and versatility, there is no other UV LED fixture on the market that can touch it.

We’ve talked about the reasons why previously, but here’s a short recap… 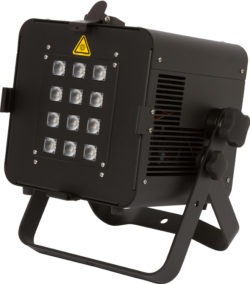 If you’d like to see this bad boy in action—and get in on some exclusive show specials—visit us at booth #1669 at LDI 2015 at the Las Vegas Convention Center.