Wildfire LightingGeneral NewsWe’re Sponsoring This Cool Project. Will You Join Us?

We’re Sponsoring This Cool Project. Will You Join Us? 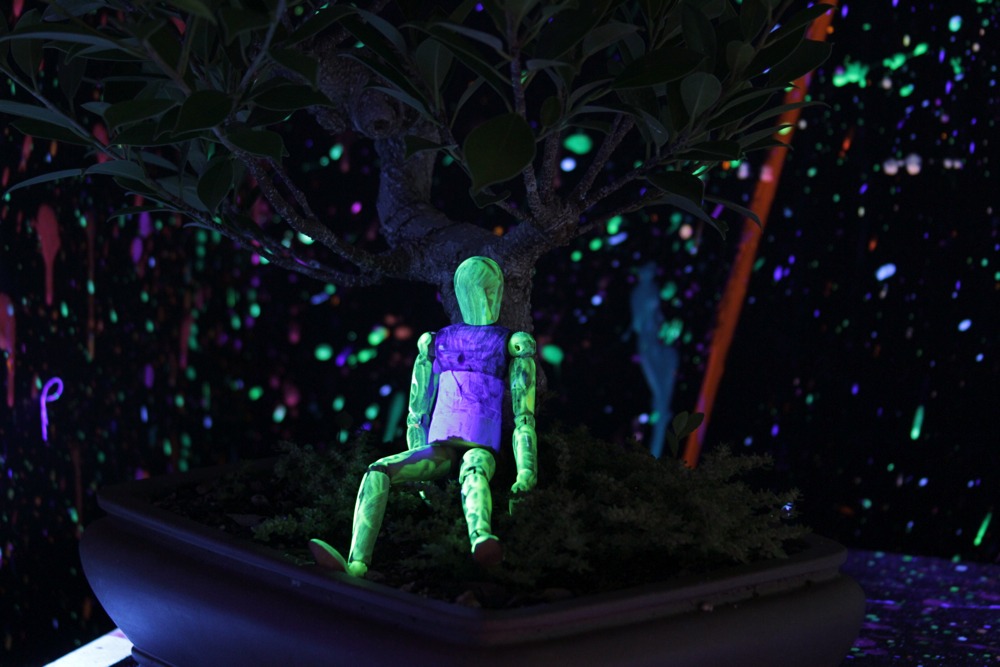 Ever since we first saw Bradley Lawrence’s work, which we wrote about here, we’ve been enamored. Lawrence is an artist who creates, among other things, stop-motion animation using the black light effect.

In fact, we think his work is so cool and unique, we’ve decided to sponsor his latest project, “Creative Process.”

The film will require 9,000 individual photographs (like the one accompanying this article), each one painstakingly set up. Lawrence has created a visual narrative featuring a mannequin (an artist) in search of inspiration. The soundtrack will be produced by electronic music artist, KODOMO.

We’d like to invite you to also participate in the making of this work of art by becoming a sponsor yourself. You can find out much more about the project and make a contribution on the Kickstarter Page, which includes a video introducing the concept. (We recommend at least watching the video. Pretty cool stuff!)